Viddy is quietly but also surely dominating the social video segment of the market with its easy to use app. It is on its way to becoming the Instagram equivalent for videos. Alongside its growing number of endorsers and influx of investor money, Viddy recently announced a major new update for the Viddy app.

The new update features a lot of new changes and additions to Viddy. One of the new features is an option to choose the thumbnail cover art for the videos you’ve captured. This makes the video thumbnail more beautiful to look, providing the thumbnails with an Instagram-like look because of your chosen image in place of the dull first frame of the video (which was the default thumbnail before). END_OF_DOCUMENT_TOKEN_TO_BE_REPLACED The acquisitions Zynga made, as told to Reuters, include Gamedoctors, a German company and the maker of the hit game ZombieSmash. Zynga also said that it has bought Astro Ape Studios, a New York based company. END_OF_DOCUMENT_TOKEN_TO_BE_REPLACED 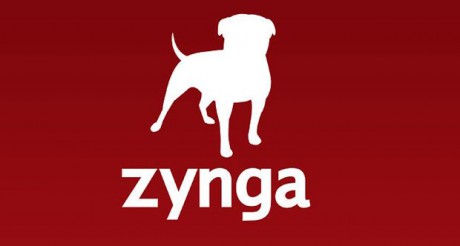 Latest data from Forrester is showing that a new category of Internet users are now comprising 1/3 of the total Internet population. Â This group called “conversationalist” are Internet users who post status updates on social networking sites such as Twitter and Facebook, at least once a week.Â In addition, these conversationalists are mostly female, with 70% of them age 30 years old and above.

The report groups Internet users into the following categories:

Creators – are Internet users who create content either through their own blogs or websites, upload video and audio content as well as write articles and post them online. This group represents 24% of the total Internet population.

Critics – are Internet users who Â post product reviews, comment on blogs, participate in online community forums, and contribute to wikis. They represent 37% of the Internet users.

Collectors – are those who tag photos, participate in online voting and use RSS feeds. This group represent 20% of Internet users.

Joiners – those maintain profiles in social networking sites and visit these sites often but don’t really join in the interaction. They represent 59% of the Internet users.

The data was based on Forrester’s social technographics whereby social technology behavior were analyzed to construct those social profiles.

An interesting fact about this data that is worth noting is the fact that although more people are joing social networks, the number of those people who create content remains the same. Of course this is understandable since it is easier to maintain social networking profiles as well as participate in the communication compared to maintaing blogs, creating websites, uploading videos and other ways of creating online content.

So, which group of Internet users are you? 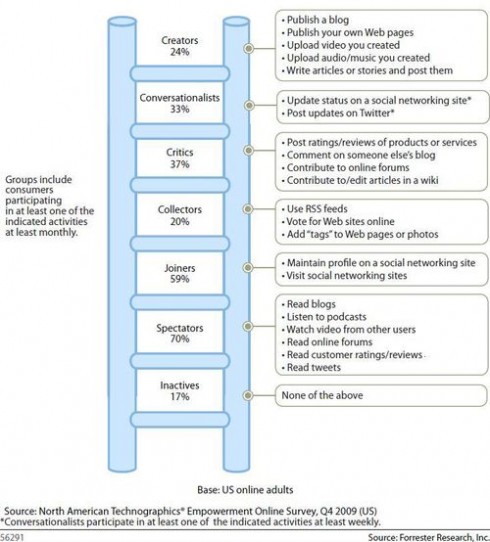 Today, Friendster has lost its luster, thanks to Facebook and Myspace. Probably more than half of Friendster accounts have already been closed or deleted and the users are all on Facebook now. Are all hopes lost for what used to be Asia’s top social network? Enter a new Friendster – sporting a new look and perhaps better features. END_OF_DOCUMENT_TOKEN_TO_BE_REPLACED Basic figures showed that just half of 15-24 year olds used social networking sites in the first quarter of this year, compared to 55% in the same period of 2008, while 25-34 age group usage has increased from 40% to 46%. END_OF_DOCUMENT_TOKEN_TO_BE_REPLACED