Owners of Barnes & Nobleâ€™s Nook Color tablet will be pleased to know their device has not been forgotten even with the release of the $250 Nook Tablet. A new update has been released that will add a number of new features and apps to the popular device.

The new update, version 1.4.1, is reportedly Barnes & Nobleâ€™s attempt at trying to narrow the differences between the Nook Color and Amazonâ€™s best-selling Kindle Fire. Nook Color buyers who have already registered their device will likely get notifications for the update within the week. But for those who are eager to check out what the new update will offer, they can do a manual install of the update by downloading the update file directly on to their PC. Connecting the Nook Color to their PC using the USB cable will allow them to do the update on their own. END_OF_DOCUMENT_TOKEN_TO_BE_REPLACED 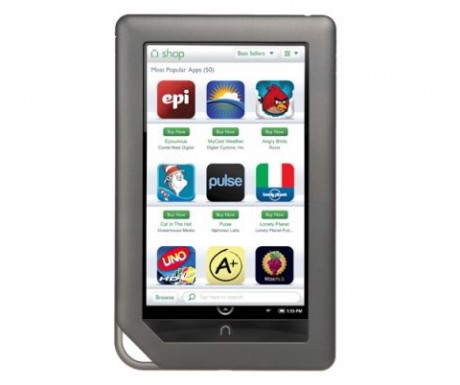 For weeks now it has been rumoured that Barnes & Noble is going to go head to head with Amazon with the release of their own tablet. That rumour can now be confirmed as the company announced the Nook Tablet, which will compete with Amazonâ€™s hotly anticipated Kindle Fire tablet.
By all accounts Barnes & Nobleâ€™s Nook Tablet is one serious device. When B&N said it planned to compete with Amazon, it really meant business and it can be seen in the Nook Tablet itself and its impressive specifications, in almost all aspects it trumps the Kindle Fire. END_OF_DOCUMENT_TOKEN_TO_BE_REPLACED