Arguably, the most overlooked application in your computer or your mobile device (whether it be a tablet or a smartphone) is the browser. A browser has become so ubiquitous and such an integral part of surfing the internet that it is usually overlooked. It’s that app that is there, but is not there. I bet you just mindlessly open the browser of your choice, use it, then then close it without thinking about the browser itself and how it is the vehicle towards accessing the world wide web. END_OF_DOCUMENT_TOKEN_TO_BE_REPLACED 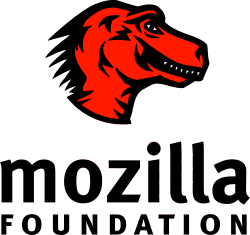 It looks like Adobe AIR and Microsoft Silverlight have something to watch out for from Mozilla. The same Firefox browser developers are preparing their latest endeavor – Prism, a new application that will bring most web applications to the desktop, similar to what those two products have been doing right now.

Mozilla is about to unleash Prism’s third beta release any time now. Once out, you can start downloading it and install on your desktop to let you pull your favorite web apps, such as Gmail or YouTube out of your web browser and then let it run as a stand-alone application on your desktop. Â The third beta release of Prism is the most stable version yet and is almost close to being the final release version, according to Mozilla.

Now, why should Adobe AIR and Microsoft Silverlight be worried about Prism? Â That’s because Prism might just steal their users especially since it promises to bring in a simpler way of making things done with regards to pulling web apps and bringing them into the desktop. END_OF_DOCUMENT_TOKEN_TO_BE_REPLACED Mozilla has released Fashion Your Firefox, a new web application that enables Firefox users to customize their browser based on their interests and online activities. With Fashion Your Firefox, add-ons that fit peopleâ€™s online lifestyles are organized in easy to discover ways and are available for installation in just a few easy clicks.

Fashion Your Firefox presents add-ons in activity-based categories that make them easy to find and install. Add-ons are tiny pieces of software that add new features or functionality to Firefox, letting people customize their browser to meet their tastes. There are currently more than 1 billion downloads of Firefox add-ons.