Comcast has just launched it new Secure Backup and Share service with the aim of helping you reduce the risk of losing important files that are saved on your computers. In short, it’s a cloud storage service with a facility for sharing some of the files you store easily.

While there maybe free services of this kind available online, Comcast however will offer the service for a fee. If you’re an existing Comcast subscriber you automatically gets 2GB of file storage for free, or should I say as an incentive for subscribing to its Internet service.

But of course, 2GB of storage won’t be enough for you, so you can always upgrade to a paid account. A 50GB storage plan will cost you $4.99 monthly or $49.99 annually. While a 200GB storage plan will set you back for $9.99 monthly or $99.99 annually. Those two options give you enough storage for all your photos, videos, files and other digital documents.

And since you are paying for the service, Comcast assures that all your files are in good hands. They’ve got a secure and reliable protection system plus a file restoration facility in case disaster strikes and your files are destroyed.

For file sharing and access to files, Comcast gives you a site which you can share with your family and friends. Â You and your friends and family can access the said site from any Internet connection as well as on your mobile phone.

So, if you’d rather store and back up your files on a highly secured server, you might want to give Comcast Secure Backup and Share service a try.

Gallery on Nexus One, developed by Cooliris from Cooliris on Vimeo.

With the Google Nexus One already out and are probably on its way to the early customers who ordered it today, it’s now time for us to wait and see whether third-party apps would come pouring into to support Google’s mobile phone venture. As early as now, Google has made a deal with Cooliris to bring its Gallery app available to the Nexus One.

In case you haven’t heard about Cooliris before, it Cooliris is a pretty innovative application for engaging with multimedia on desktops and other devices. And so Cooliris is bringing the same experience to Nexus One users through its Gallery app.

Gallery app makes photo viewing on the Nexus One easier, cooler and even perhaps better than on the iPhone. Â Of course on feature of the iPhone Photo apps which the Cooliris didn’t have is the multi-touch gesture for zooming in and out photos. Other than that Cooliris’ Gallery App is definitely more fun that the iPhone Photo app.

The Gallery app lets you organize, share, and edit your photos easily. You can crop and rotate photos, share it on Facebook, Instant Messaging, Gmail, and Bluetooth. Browsing photos can be done through a slideshow or quick left-to-right navigation .

The app also supports geotagging as well as sync your photos with your Picasa Web Albums. And of course, since the Gallery will serve as your native Photo app for the Nexus One, it seamlessly works with other apps of the Nexus One.

There, something to look forward to if you’ve ordered the Nexus One and awaiting its arrival.

Nokia has just rolled out a somewhat familiar service on its Nokia Beta Labs – Image Space. Basically, Image Space gives you a new way of viewing photos you shared to from your Nokia supported handsets to your Flickr account. Â Image Space will stitch together your photos as well as other people’s photos in a common 3D environment.

That’s all there is to it actually. Just a pretty simple mobile to web applications utilizing various technologies such GPS, photo meta tagging by Flickr, fetching photos from Flickr to Nokia Beta Labs, and the photo stitching technology employed by Image Space.

Nokia Image Space is a pretty good service, simple and yet fun. But Â the pre-requisite here is that you have a Flickr account and Nokia is relying the success of a new service to another service which is not actually their own. Â Granting that Flickr is the most popular Â photo sharing service online, it is quite uncertain whether users of Nokia handsets that support Image Space actually have their Flickr account.

It would have been better if Image Space could support other photo sharing site as well or perhaps even photos uploaded to Facebook. Now, that would be awesome.

I must admit that most of the time I search Flickr it’s for pictures of gadgets or landscapes, but according to the Yahoo!-owned photo service, it’s people that are the real stars.

To this end, they’ve launched a “People in Photos” feature which allows members to link people in photos to their Flickr accounts, in a similar way to how Facebook does it except that I suspect there are fewer people with Flickr than Facebook accounts.

On top of this, there are a range of security options (which the likes of Facebook could learn something from) whereby users have more control over how their image is featured in a photo. END_OF_DOCUMENT_TOKEN_TO_BE_REPLACED I have many fond memories of Atari but they’ve certainly evolved a lot in the last three decades.

The latest news is that Atari has jumped onto the social networking bandwagon, launching something it calls “Photo Sauce” which, unsurprisingly, has a strong focus on digital photographs.

In fact, Atari hasn’t started its own network. Instead, it has created a Facebook app which allows photos to be decorated and personalised through stickers, speech bubbles and accessories.

It’s possible to create a slide show for sharing with friends, and Atari will release new stickers over time.

Check it out here. 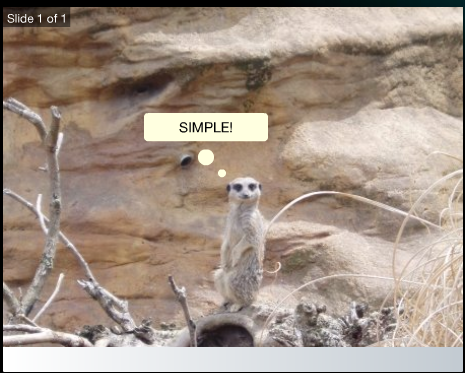