Verizon is planning to come out with two Motorola tablets this December, according to a report that was published on CNet. The two tablets are actually from the same Xoom 2 family, the brand that Motorola is using for the international market. The two tablets are going to be a 10 inch and an 8 inch version. But for the American market, the Xoom 2 name will be dropped in favor of Droid Xyboard. Verizonâ€™s line of high end devices is Droid, hence the name change. END_OF_DOCUMENT_TOKEN_TO_BE_REPLACED The Droid 4 will be the fifth mobile phone that Motorola will be releasing just for this year. It has already released the Droid X2, Droid 3, Droid Bionic, and the new Droid RAZR, which was just released few weeks ago. END_OF_DOCUMENT_TOKEN_TO_BE_REPLACED Android tablet lovers will be pleased to hear that Motorola’s Xoom will finally gain the ability to watch Flash videos this month, a feature that is eternally absent from their rival.

Unfortunately it seems that instead of a finished product, consumers may instead receive something that is still “slightly” buggy.

Adobe has just announced thatÂ Flash Player 10.2 will be available to download from the Android Market on Friday, March 18.

Although most geeks probably do not mind a few bugs for the ability to view the entire web, consumers may not be as forgiving with semi-frequent errors while “beta testing” flash upon the Xoom.

While the Xoom is one of the few tablets available that can challenge iPad 2 (at least on paper via specs), Google along with OEM’s need to release mature products to the masses lest they create a bitter taste for new customers.

Hopefully Google, Motorola and Adobe are able to work out all of the bugs out of the beta quickly before the market becomes saturated with tablets running iOS. 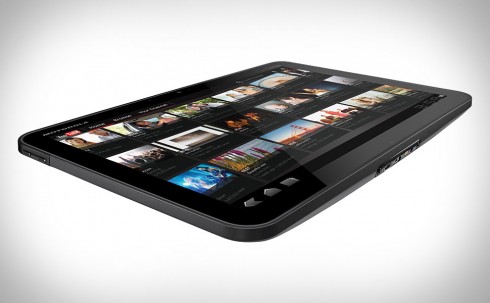 After weeks of anticipation it looks like Android fans will finally have a worthy iPad contender from Motorola that can challenge Apple for tablet supremacy.

Unfortunately Motorola’s Xoom just made one major mistake that may convince consumers to overlook the Android tablet and instead choose iOS instead.

While the Xoom does look impressive and is cheaper than the iPad 3G (the latter which starts at $629), the fact that you have to sign up with a 2 year contract will probably be a turn off to the masses (who may already have a contract via their smartphone).

Although users can pick up the Xoom for about $800 contract free, that price range will put it out of reach for the masses who may simply opt for a less expensive Wifi iPad instead.

With iPad 2.0 expected to debut this summer, Motorola better hope that Apple doesn’t launch a less expensive iPad as that could result in a lot of Xoom tablets rotting away in ware houses over the summer.

The ad was so underwhelming that even commentors upon Android Central are complaining about it.

Although the Motorola Xoom looks impressive (thanks to Android’s latest OS, Honeycomb), the company should have emphasized why one should purchase a Xoom over an iPad, instead of trying to take subtle jabs at Apple (as you can see in the commercial below). END_OF_DOCUMENT_TOKEN_TO_BE_REPLACED 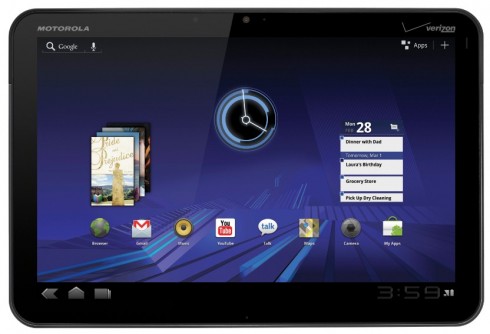