MTV and RealNetworks are set to merge to launch a joint online digital-music site an attempt to compete with Apple’s iTunes store.

MTV is reported to be closing its existing online music service Urge, to venture with RealNetwork’s Rhapsody.

The two music companies were supposed to announce this at a press conference tomorrow, 11am EST. News about the merger, however, slipped out because of failure to put journalists to a non-disclosure agreement. Details of the joint venture will be revealed tomorrow.

Apple announced the debut of the John Lennon solo catalog on the iTunes Store. Sixteen of Lennon’s solo works from EMI Music are available for the first time on iTunes starting today, with the “Lennon Legend” and “Acoustic” collections making their worldwide digital debuts. For a limited period of 30 days, exclusive video content will be included with the albums “John Lennon/Plastic Ono Band,” “Sometime in New York City,” “Walls and Bridges,” “Milk and Honey” and the collections “Anthology” and “Working Class Hero.”

“John would have loved the fact that his music will now be available in a format suited to a new generation of listeners,” said Yoko Ono.

“John Lennon is one of the greatest artists of our time,” said Steve Jobs, Apple’s CEO. “We’re thrilled to have his solo catalog available on the iTunes Store for the first time.”

As part of EMI Music’s digital catalog, the John Lennon solo works will be available in iTunes Plus, offering DRM-free music tracks with high quality 256 kbps AAC encoding for audio quality virtually indistinguishable from the original recordings for just $1.29 per song. Fans of surfing in movies and television shows will be happy to know they now have a new place online for their video fix. Opper Sports Productions has announced the launch of TheSurfNetwork.com, containing over 200 television shows and surf movies.

TheSurfNetwork.com makes H.264 MPEG-4 videos available for $2.99 and $3.99 for TV shows and $9.99 for movies. Shows can be managed through iTunes and have no timed viewing expiration. Examples of movies include Bruce Brownâ€™s â€œThe Endless Summer,â€ Hal Jepsenâ€™s â€œSuper Sessions,â€ Greg MacGillivrayâ€™s â€œFive Summer Stories,â€ and Steve Soderbergâ€™s â€œTicket To Ride.â€ TV shows include The Surfers Journal and Long Board TV.

â€œSurfing has its own music, clothing, language and now we have our own Network,â€ said Ira Opper, President, Opper Sports Productions. â€œBy utilizing the web as a delivery system, we can offer high quality video downloads of surf films and television shows to a passionate audience.â€ 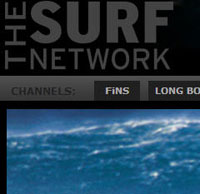 Kaplan Test Prep and Admissions announced the availability of three interactive SAT prep programs that students can purchase and download from iTunes, enabling them to practice for the college entrance exam. Among the key features of the programs: students receive detailed analyses of each completed quiz they take, as well as feedback and an option for tracking quiz score progress. The $4.99 programs focus on the examâ€™s three graded sections: Critical Reading, Mathematics and Writing.

“Students don’t go anywhere without their iPods and Kaplan has always sought to make test prep as convenient as possible for our students so it’s a natural fit to offer test prep on iTunes. As students have embraced new trends over the years, from new learning and entertainment channels to new technology, weâ€™ve adapted our materials in ways that are relevant to their lifestyles,” said Mark Ward, president, Pre-College Programs, Kaplan Test Prep and Admissions.

The latest offerings come with the launch of Kaplan’s MySpace page.