Believe it or not, the Apple iPad is selling like hotcakes in some Asian countries despite the fact that it is not yet officially available in those countries. PC World, via Yahoo News is reporting that the iPad appears to be selling well in Asia despite the fact that Apple’s official release won’t be happening until end of May.

The report also mentioned about two stores near Taipei’s main electronic Bazaar which are both selling iPad units. And guess what, the two stores are not even competing with each other so much so that one doesn’t even need to lower the iPad’s price. Â No matter how pricey the mark up they put on the iPad, it will still sell – like hotcakes. In fact, the store owners want to buy some more because demand is becoming too much as against the supply.

Interestingly, despite the unavailability of official distributorship, estimates of iPads sold outside the U.S. are already around tens of thousands.

What’s even more surprising is the fact that Asians still buy the iPad despite some possible setbacks of having an unofficially released iPad. Â For one thing, there will be no available technician and in case they encounter problems with their iPad, they have no choice but to send it back to Apple.

Aside from Taipei? Where else could the iPad has possibly arrived? In the country where I am right now, there are probably less than 500 owners of the iPad right now. Again, it’s all about Apple and the iPad. Probably realizing that they need to push both their e-readers near to consumers some more, especially now that the iPad was proven to be a good competitor in the e-reader nice, Amazon and Nook are reportedly pushing their devices to brick and mortar stores.

And so the Kindle which is currently available only through Amazon.com will soon be making its way to Target.com. Engadget managed to score a shot of Target’s inventory handheld showing the Kindle device. Â In addition, Target.com might start selling the e-book reader starting on April 25. Why it took Amazon this long to make its Kindle available on brick and mortar stores is not important anymore. What’s important is that casual buyers who chance upon it on Target’s store shelves might actually make an unplanned purchase of the Kindle.

What remains to be seen now is whether this will lead to an increase in both the sales figures of Nook and Kindle. Â What we don’t know right now is how much these devices will be sold on stores. Will they be priced lower than their selling price online? Nokia holds the record of being a major mobile industry player who came late into the netbook wars. Although its first netbook venture, the Booklet 3G was not even close to popularity of other manufacturers’ netbooks, there’s not doubt that the Booklet 3G is a pretty powerful and well designed netbook. The problem with Nokia’s Booklet 3G was not so much about what it can do but more because of the fact it came in a little too late.

So, now with the current trend in the computer industry on mobility through tablet PC, Nokia is not going to waste time in joining the tablet wars. Reports by the street.com is indicating that Nokia will soon release its own Nokia Tablet PC.

Actually, it’s quite ironic that Nokia has not yet released its own branded Â tablet pc wherein fact it was one of the pioneers in the industry. In case you’ve forgotten already, Nokia pioneered in the tablet market with its old N77 handheld Internet device. Incidentally the N77 got nothing much to offer for us mobile nomads.

The question now is that will Nokia be able to penetrate the tablet market? Â Will it be more successful than the Booklet 3G? 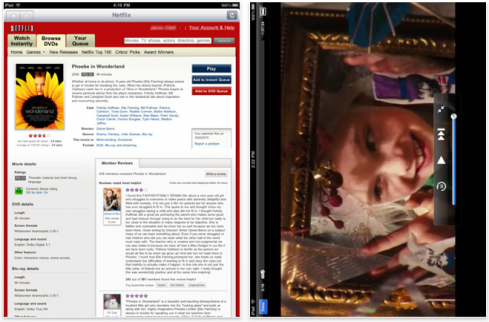 If you’re like me who have been monitoring Techmeme and other tech news aggregator, you’d probably noticed that iPad news and rumors starting propagating on the Internet starting last Saturday. Well, what do you expect? It’s one week before the iPads reach the doors of those those so called “idiots”, that includes me who pre-ordered Apple’s magical device since two weeks ago.

Let’s see, Apple has sold out the first wave of its iPad stocks, prompting the iPad Store to indicate that new orders of iPads won’t ship until April 12. Then there are various leaked screenshots of the iPad stores and the cool applications that will be released on launch day. Some of these apps are games, while some are useful productivity tools. These are just some of the iPad-related headlines that went out last weekend.

And today, exactly five days before the iPad arrives to those who pre-ordered it, the hype is even building up some more.

First, according to an official PR, the iPad will be available in Best Buy on April 3. Now, there’s a catch however. Reports say that only 15 units of iPad will arrive on each of the hundreds of Best Buy brick and mortar stores.

What’s interesting is the fact that Apple is no longer accepting on-store pick-up for new orders of the iPad and prefers to ship them out instead.

Oh, in case you’ve pre-ordered your iPad, you should have received a notification on your email stating that Apple has started shipping your Â iPad. Just in time for the promised April 3 delivery date. Isn’t that exciting?

So, how are you psyching up yourself for the arrival of your iPad? What apps are you planning to purchase from the iPad Apps Store?