There is an approach that must be taken to when analyzing blogs that are for sale. There is some great reasons for buying an establish industry blog, and there are some strong reasons not to. Understanding the valuation of a blog is important before deciding to buy it. Let’s take The Blog Herald, for example.

When we purchased it, it was a Pagerank 7, the industry’s leading authority, and it was a great time for the entire industry. In reality no matter what we did advertising revenue were going to increase, and the only thing we needed to do was continue the pace and power of the former author. With 2-3 people jumping in that shouldn’t be such a problem. Things to consider when buying are blog are really simple.

2. Is the investment worth your time?
Are you really passionate about the subject matter of the website, or blog? If so you should jump in full bore and go for it. You have nothing to lose but your time and money. And you have lots to gain.

3. Will it increase your value in the industry or decrease i ?
With any blog purchase you can find yourself at a complete loss if you fall on your face and ‘ruin’ a blog. Especially a blog of some authority. However if you build that blog to a higher status level you can increase your status in the blogosphere.

Buying a blog is a difficult decision. They don’t maintain themselves. Remember it’s work. Don’t forget that. Any thing worth doing is worth doing right.

It’s been a little over a year since I really made a push into professional blogging with a passion. There have been a lot of things that happened along the way. I see much of the blogging scene as parallel to ancient city building. 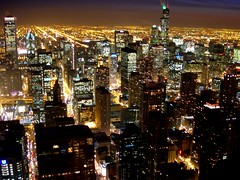 And there are many types of cities. And not all are for every type of resident. And then there are those who aren’t even meant to dwell in the cities.

Fine Fools was a type of society with its own community structure. In some ways we were a city of comedy, and community. We had a good time. In the end we needed more structure to survive and we dispersed.

9rules at the time was a city with no structure and an overwhelming community. It was like moving from a small town to Manhattan. You get run over. It operates differently as well with many owners. Many times I felt like the black sheep as I was not an owner but a servant to a master. Definetly not the city for me. 9rules was great in that it’s a great city to meet people that are similar to yourself. I’ve managed to meet lots of 9rulers who I can find similar characteristics.

BlogMedia was a haven of sorts. Small enough to be community, and big enough to be a small city. The landscape changed largely and I was happy to be a dweller and a master. But being a master is not always my call.

I have never been apart of b5media but it seems to me to be a large city owned by few and with many servants. Although I’m sure the masters of the city make their servants feel like masters and the masters are often the servants. That would be what I can see from a distance.

Even WordPress.com offers many aspects of a blog network in that many are connected, and yet all own their own. But do you own your site independently? Or are you relying on the good will and resources of another. Do you rely on the ability of the WordPress.com community to push traffic your way and to help you build your own unique neighborhood? Yes, and their are many advantages to that.

Likewise in ancient times their were many types of cities under different rules, and different rulers. Sometimes its alright to want to wander around in the desert with no city at all.

Blogging is unique because it allows us to build our own cities. And to invite people to dwell among us. Blogging in many aspects is an ancient art returned to a modern era where we occupy virtual spaces of creativity to share amongst each other. Blogging allows anyone to be the master of his own domain. And to have the choice to dwell among a people or to dwell outside the city gates.

The choice is yours. Do you blog in the city, do you create your own city? Or do you wander around outside the gates until you find your own way. Your own road.