Rebecca Sedwick was a 12 year old girl suffering at the hands of her bullies that committed suicide. Her mother, Tricia Norman, thought she had protected her daughter by taking her out of school and removing social media from the computer. Although Norman thought she was protecting her daughter, she failed to realize that Rebecca’s cell phone allowed bullies access to Rebecca with disappearing messages.

What Are Disappearing Messages?

Common social media icons, like Facebook and Twitter, keep a running list of your activity, likes, and friends. These sites monitor your activity to gather data- phishing for statistics. Other users may be able to view your comments and photos that create a database of your thoughts and activities. This collection of personal data and lack of personal boundaries can turn people away from traditional social media. Rebecca’s mother was unaware of the possible dangers of disappearing messages. Social media can be a wonderful tool to bridge miles or time to encourage communication. It’s important for people to understand the platforms they use and look for ways to protect themselves. Screenshots are a good tool to defend yourself from bullying messages.

Do you have any tips regarding disappearing messages? 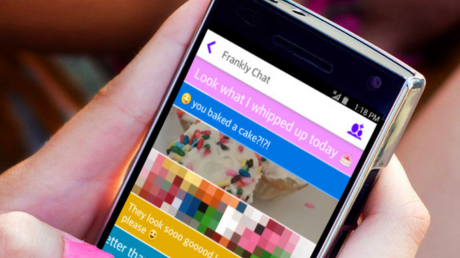 First Lady Michelle Obama and the USDA has launched a competition for developers, game designers and students to develop the most fun and engaging tools and games that will encourage children, specifically “tweens” (ages 9-12) to eat better and be more physically healthy and active.

Apps for Healthy Kids aims to halt the increasing rate of obesity among children which have tripled in the past 30 years which may shorten the expect lifespan of chilren.

If you’re up for the challenge, the Apps for Healthy Kids Â is requiring that any tools and games that you will develop be built based on USDA nutrition dataset which is available through the Open Government Initiative. These datasets provide information on total calories, calories from “extras” and MyPyramid food groups for over 1,000 commonly eaten foods.

So here’s how you can enter the contest:

During the competition submission period (March 10 â€“ June 30, 2010), firstÂ register here (registration is free) and read the completeÂ Official Rules andÂ Questions and Answers. After you register you must verify your email address via the registration email sent to the email entered in the registration form. You will then be able to enter a submission. Fill out the submission form on theÂ submit application tab, including your submission title, text description, link to game or tool, data set(s) used, and whether you are submitting in the â€œtoolâ€ or â€œgameâ€ category. A picture is optional but helpful. Be sure to read the terms and conditions, and if you agree, check off the box, and submit!

Aside from being a very useful all-around mobile phone for business professionals, students and your average joe’s, the iPhone is also very child-friendly. Â My 5 year old daughter loves using her mother’s iPhone 3G to listen to music, play kiddie games and even take photos.

I’m pretty sure Â my daughter as well as the million of kids who are allowed by their parents to use their iPhones would love this new iPhone app – “How the Grinch Stole Christmas.” Yes folks, it’s the classic Christmas tale from Dr. Seuss getting a fresh treatment by way of a cool iPhone app.

The good thing is, it’s not only just your ordinary kiddie iPhone game because it is sort of an interactive ebook as well. Your kids could learn about this classic tale by letting the app read the story to them or they can read them on their own.

The app is also an educational tool for kids. They can tap on an item on the screen and listen to how it’s name is pronounced as well as see the word itself. The app also allows panning and zooming on the content of the ebook through touch gesture – hence the interactivity part.

When you’re kid choose to let the app read the ebook, each of the words are highlighted – an effective way of teaching kids some language lessons.

If you’ve got kids whom you think will enjoy this app, you can grab it from the iTunes Apps Store for $3.99. Â A bit higher than your usual $0.99 iPhone app, but is definitely much cheaper than standard ebooks you find at Amazon.

My name is Andrew G.R. My name is NOT DR. Andrew G.R. I feel it’s important to make that differentiation before I launch into a blog post that centers around conception.

I’ve seen the Web come along a long way over the years, but are we really at the point where the potential gender of your child can be calculated?

Stork101 makes the claim that their algorithm can predict, with 100% accuracy, the gender of your un-conceived child. However, the Website is not liable if they get the gender wrong.

Before you login to Paypal, the creators want you to know the following:

How does it work? I tuned out after I read something about “menstruation” cycles. We’ll leave it up to you to decide if this is a worthwhile product.

As always, your feedback is welcomed!

Admittedly, the online world is cluttered with contents not suitable for kids. Now, there is a Web browser entirely dedicated for kids between the ages 3 to 12 years old, KidZui.com.

This downloadable browser contains more than 500,000 Websites, images, games, and videos independently reviewed by teachers and parents so kids can surf the net free from pornography and other malicious contents.

KidZui also has a patent-pending technology called KidRank which identifies what kids consider cool in general, a potent tool which might help bridge the gap between parents and children.

There are other many features included in this browser such as ability to create personal avatar, search by categories, watch videos in full screen, tagging, and share contents with friends.

Unfortunately, itâ€™s not free. Though you can download the KidZui browser free for 30 days, parents have to pay subscription fee of $9.95 per month or $99 annually.