Japan is very well known for its technological advancement. In fact, it is one of the nations that other countries look up to when it comes to technology. Japan is known for their automobile brands, cell phone brands, computers, and other gadgets. Japan is a very advanced country if you look at, and it is still continuously advancing, not only when it comes to their technology, but businesses in Japan are also thriving. It is very logical to set up a business online in Japan as their internet is also one of the fastest in the world and that makes it an essential part of online businesses simply because if there is no internet, then there would not be any online businesses to look into.

Internet nowadays can be accessed anywhere whether in computers or smartphones. It is a lot easier now to surf the internet because technology has greatly advanced and Japan is known to actually be where the advancement began. Traditional businesses would require advertising physically and directly, but today, all the advertising can easily be done online. Online advertising is very helpful for business owners since it is cost effective, reaches a lot of audience, and tend to be more effective and creative.

The youth of today usually rely on social media and their phones to be up to date with all the trends. Since there is very much freedom on the internet consumption in Japan, popular websites such as Google, YouTube, Facebook, and Yahoo can all be used for businesses to advertise. As everyone is aware, in YouTube videos, for example, before the actual video starts, there would be pop-ups that would show and that is where advertisements can be seen. Businesses can very easily do business with the websites often visited by people and those advertisements can already be seen by almost everyone. Social media sites are also very helpful in disseminating business information to everyone and that is why social media is definitely a trend in Japan. The television was and is still a trend in Japan when it comes to advertising products and other businesses, but since the rapid growth of technology in Japan, it surpassed the television trend. It is reported that Japan has over a million users of internet and that proves to be a significant amount by which businesses in Japan would choose to invest more time, money, and effort into advertising online rather than spending more money advertising through other means. Other than being more creative in terms of output and how they would catch their target customers’ attention, it is more effective in sending the message to the target customers, not only in Japan, but also customers from different parts of the world such as other parts of Asia and the US. This is important because there are a lot of other potential customers outside of Japan, most especially in the US since there are literally a lot of people there who are interested and actually pursue Japanese products and services. It is also important since the US and Japan generally have business trades and the internet will most likely make it easier for them to communicate. According to Trump news, the internet is not only helpful for business relations but it can even be used for several campaigns that can be used for other purposes, and as long as the digital media remains a trend in Japan, the US, and in all other parts of the world, the internet will serve its purpose to be of better use for businesses and other things people concern themselves with online. 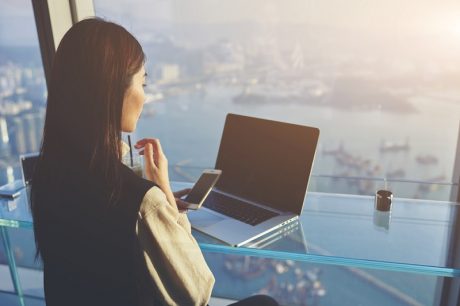