The study involved 1,000 adults and according to the results, it was found out that a fourth of them took out their mobile phone while shopping inside a store in order to look up the price for the products they’re eyeing at online resellers.  Also, 24 percent of the respondents used their mobile phone to look for reviews of the products they’re shopping for.  About 38 percent, on the other hand, called a friend while they were shopping in order to get advice on the item they’re shopping around for – asking about the quality of a brand or a product.

Looking more closely at the habit of looking for product reviews on the internet, it was discovered that people who have had college education are more likely to research about a product using online reviews. Additionally, non-Caucasians are more likely to research for reviews than Caucasians. Based on age, people between the ages of 18 and 49 tend to do research more on products using the internet. Among people above the age of 65, only four percent will go online and look for reviews before making a decision on what to buy. That last factoid is really quite obvious. The four percent who would go online to research are most likely the only people at that age group who know how to turn on a computer, much less go online. I kid. 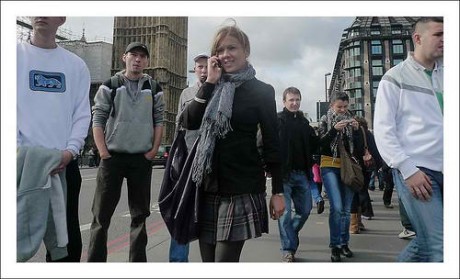