Google recently announced its acquisition of Quickoffice, the popular productivity suite available for both iOS and Android devices. The software suite allows users to open and edit Microsoft Office documents, namely MS Word, Excel, and PowerPoint documents from the aforementioned mobile devices. The exact amount involved in the deal has not yet been disclosed.

Google has announced that the acquisition of Quickoffice will help their users “get more done anytime, anywhere.”

In the Google company blog, Google Engineering Director Alan Warren said that a lot of people use Google Apps to get “stuff” done from the devices that they own. Warren acknowledges that Quickoffice has already proven the effectiveness of its technologies that allow for the interoperability with multiple different formats. He further shared that Google will work on bringing Quickoffice’s tested technology to their Apps product suite.

No plans have been laid out to the public regarding how Quickoffice or the Quickoffice team will be integrated into Google’s own plans and products. But the general belief is that Quickoffice will be combined with both Google Apps and Android.

According to tech pundits, Google’s acquisition of Quickoffice is the company’s way of preparing itself and even jumping the gun on the impending competition with Microsoft’s Windows 8. The belief is that Microsoft Office – the most popular productivity suite – will be the main reason for people using Windows 8 tablets, especially in a business environment. But if Google integrates Quickoffice and Google Apps into Android devices then it can potentially win the market for work on the go technologies. 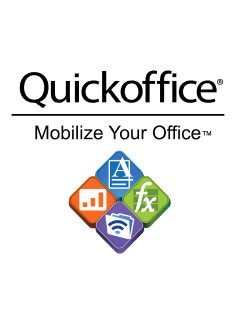