If you own a smartphone, or better yet, a tablet, then one of the most essential apps that you should install on your device is Flipboard. The social news reader is arguably the most popular news reader in the market, with the company reporting that it already has 20 million users. Flipboard has also reported that one new user per second gets Flipboard, that’s impressive growth right there.

Flipboard has revealed a number of impressive stats to drive home the point that it has been very successful in capturing the social news reader market. Based on an infographic the company released, it has been serving about 5 million users a week ever since it officially debuted as an iPhone app in December 2011. According to the company, it has grown its base by 15 million users in the first eight months of its existence.

The infographic also revealed that the average Flipboard user spends 86 minutes a month on the app and about 1.5 million users use it every day.

The Flipboard infographic and the data contained within is hard proof that content is really king and that people will employ different tools gain to access to that content as long as the end result is a faster and easier access to it.

The new challenge for Flipboard is how to nurture its relationship with its content partners especially since it is already an uncomfortable partnership. Content providers have some trouble balancing brand loyalty and providing content to Flipboard and transferring that loyalty to the app instead. 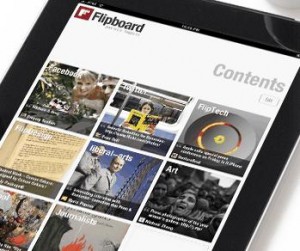