For example, buyers of the new Nook Tablet can get a $50 discount if they also buy one year subscription to the electronic edition of People Magazine, which costs $9.99 per monthly issue. With the discount, the Nook Tablet now comes out at the same price as the Kindle Fire, which is $199.

The discounts are even more significant for Barnes & Noble’s ereaders. If you purchase a Nook Color along with a one year subscription to the New York Times (which costs $19.99 a month), you’ll get a $100 discount, which reduces the price of the Nook Color to just $99.

According to reports, the cost of providing the discounts to consumers is being absorbed by both Barnes & Noble and the publishers of the magazines. This would be Time, Inc. for People Magazine.

Barnes & Noble’s latest salvo in the ereader/tablet sales war is certain to bring a bump in sales for the company, which has already reported that it has enjoyed strong sales during the holiday shopping season. B&N has announced that sales of its tablet and ereaders increased by 70 percent compared to the same period in 2010.

The discount offer will be available until March 9. 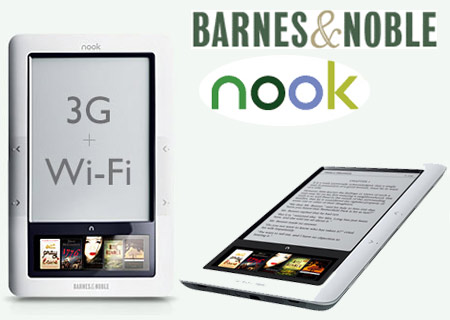