The Electronic Product Environmental Assessment Tool or EPEAT® is a rating system that is a concerted effort between activists, agencies (government) and manufacturers and tells you how environmentally friendly your electronic equipment(desktops, monitor and laptops) truly is. Through this you can make conscious choices to protect the environment by going green. Products that are endorsed by EPEAT carry less mercury, have less toxic products and can be recycled efficiently. They also help you reduce your energy consumption (and expenses), backed as they are by ENERGY STAR® specifications. Thus the emphasis is on energy consumption and recyclability.

Most companies are happy to be on EPEAT because it drives up sales and creates goodwill. Not Apple though. Sometime last month, the technology giant had said that it would not place its new products on the EPEAT registry. This perhaps was an after effect seeing how the company’s existing 39 odd computers, both desktop and laptop, were recently removed from the list, even as Apple had itself asked that they be removed. Now we hear that Apple is back on the registry and this has been confirmed by an open letter on the site, in which EPEAT CEO Robert Frisbee announced the return of the prodigal son and its new products.

The move to return, according to Apple comes in the light of customers’ demand that Apple be more green. The company itself believes that it is, having been a pioneer in eliminating plastics wherever possible and serious toxins like PVC. Each product also comes with a note on the greenhouse gas emissions it causes, the only kind in the industry. In terms of ENERGY STAR standards, every product surpasses the 5.2 requirement. In fact, it is widely believed that the company can raise the bar for cloud computing minus the coal. Thus, this is a company that does take the environment and its protection seriously.

But it is not just the green in the environment that is drawing Apple back. It is also the green in the money this move will generate. The company faced backlash when it chose to pull out its products, with many customers saying that they would shift loyalties elsewhere. Also government and government agencies have been hesitant to buy Apple merchandise, worried about the message they were sending out. In many city governments the funds allocated are meant only for EPEAT certified equipment only. Not just that, 90% of the computers at the federal government level also need to be certified this way. With this move, Apple hopes sales will continue to be on the up and up and that it will be in the good books of the government too.

While Apple’s on again off again stance has caused ire and made for many a humorous headline, the fact that it has acknowledged what it considers to be a ‘mistake’ is good news for its customers and for the planet. One hopes that the company will continue to work for a greener planet and invest more time and energy in even better, newer innovations that are clean and competent.

Robin Mckenzie has been writing articles related to Technology News, Gadget Reviews and How To’s. Also, he does guest posting for Buycenturylink.com, a site that offers great savings and up-to-date information on consumers broadband internet and cable. Visit centurylink.com or you can click here. 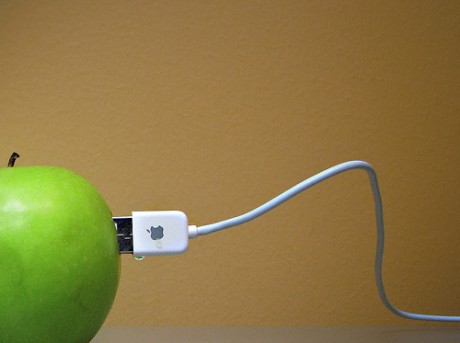