Amazon released a new update for the Kindle Fire a few days ago. The new update, which was made available either as a direct download or as an over the air update brings in a number of new additions and improvements to Amazon’s hit tablet.

The new 6.3 version of Kindle Fire offers a lot of new improvements to the tablet. There are significant improvements to the Kindle Fire and among these is a feature that now allows users to share actual passages, quotes or personal notes to their friends. Using the share feature is easy, you just need to highlight the passage or quote you want to share, a share option will pop up, you can then add a note along with the highlighted text then you can select either Facebook or Twitter. The sharing feature also extends to other Kindle reader users who are also reading the same book.

The update also involves the proprietary Amazon Silk web browser. A new “Reading View” option has been added. This allows users to read the text of an article in a jiffy, without having to look at all of the other elements on the page like the related content, comments or advertisement.

Another addition is a feature that is already in the Kindle Touch—the Kindle Book Extras. This new feature gives extra information on the book being read – from character summaries, to locations and other content that is found in the book.

The 6.3 version is packed to the gills with improvements that makes using the Kindle Fire even more enjoyable. 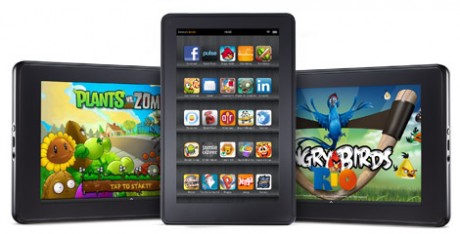