With the manifestation of VoIP apps for the Android mobile operating system, callers are finally freed from using up their calling plan time. They are free to roam the wilds of the world’s communication systems. Old Ma Bell must be turning over in her grave as free phone time is given up even more than the fabled free love of the sixties. The Android-dial masses are free at last to stiff the phone company, whose sense of entitlement has sometimes approached that of some modern day dragon. Start saving money with these 4 VoIP apps for your Android smartphone.

Viber has a legion of adherents to tout its manifold benefits to the Android user. Viber lets you enjoy all of those things that phone users could only dream of not so long ago. Listen to the excellence of HD audio as it reproduces the sounds of the air bubbles in your girlfriend’s fish tank. No longer the province of the iPhone, Viber’s seamless and smooth operation in the background of your Android smart phone’s operating system while not taxing battery power is another modern miracle of scientific knowhow. 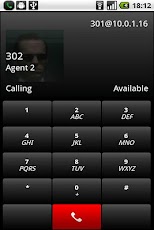 3CXPhone enables the user to transfer calls, record them or put them on hold. Multi-line capability is integrated in the app and that sure beats carrying several phones around. Since it is available for Windows, iPhone or Android, more users are able to utilize its features. Which to use, the person receiving as well as the person making the call must have a version of the app for communication to be realized. 3CXPhone has a lot of background info and customer support available on its several web sites. The application can be configured with a software based PBX system. 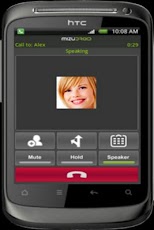 MizuDroid sports a mute feature which is easier than holding your hand over the phone in order to have a private word with someone on your end of the conversation without your caller hearing. You can forward, transfer, and also put callers on hold. MizuDroid even allows for conference calling so you can finally orchestrate that power lunch that your career has been missing. That is just the tip of the iceberg for this full featured telephonic gem of an app. Add to the list the call history, detailed status logs, phone book and even a speakerphone provide many compelling reasons to make MizuDroid your go to VoIP app.

Fring is sure to be a trendsetter in this burgeoning category. With their group video chat leading the way they have impressed many users with the money saving services that are soon very likely to be taken for granted by the increasingly spoiled Android clan. With four video chats for the price of one, how can you lose, especially when that price is zero when calling other Fring users? It truly is a brave new world and Fring offers free chat so you can crow about it to the entire web at large.

Guest post by GoodOrBadEmail.com, a site to find anything and everything related to emails. Ranging from a resignation letter to a thank you note, you will find great email examples that have been rated as good or bad by the GoodOrBadEmail.com community. Follow them on Twitter at @GoodOrBadEmail.