After rumors began surfacing over a Verizon iPhone, CEO Ivan Seidenberg decided to shatter the dreams of millions of iGeeks by dismissing the possibility of a Verizon iPhone in the near future.

Seidenberg, talking to investors at the Goldman Sachs Group Inc. conference in New York, said until Apple introduces a long term evolution (LTE) supported device, it will not be bringing any of the Cupertino based company’s phones to its network. Verizon said it’s excited about the build up of its LTE network, which will support fourth generation technology. Additionally, it said the company has done just fine with Google Android phones. (International Business Times)

With 4G still in its infancy in the US, Apple could be hesitantÂ about launching a 4G device as there would be very few customers who would be able to benefit from the service.

While this news does not surprise me, it does not explain the large volume of CDMA chips that Apple is reportedly buying.

One possible theory is that Apple is preparing to launch a Verizon iPad this coming January, which would help Cupertino gage interest of its devices upon “big red.”

However if Apple wants to thwart the rise of Android, we may see the company launch a Sprint iPhone in January instead, which could explain the influx of CDMA chips that we’ve been seeing lately.

While embracing of Sprint (not to mention other carriers) would enrage Verizon fans, it could also pressure Verizon to accept the iPhone on Cupertino’s terms (as both are extremely controlling when it comes to mobile devices). 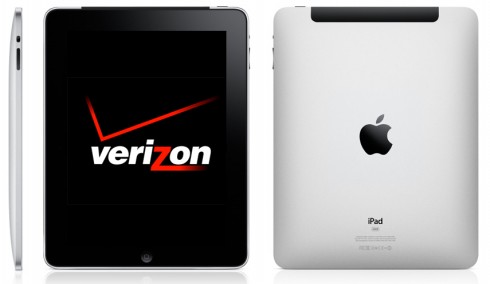